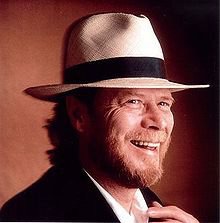 1971. Long John Baldry Blues Band.
After completing “Every Picture Tells a Story” in London, I joined the “Long John Baldry Blues Band” on bass for their first tour of the US.
It was a great band that included Ian Armitt on piano, Sammy Mitchell on guitar and Micky Waller on drums. John was a wonderful entertainer and a great blues singer.
I had to check myself out of Guys hospital in London to make the plane to the US. They had me in a bed with a partially collapsed lung…hey, I was young and it was almost better. Micky Waller and I shared a room for most of the tour…he was an amazing drummer. I had earlier played a live radio broadcast with Jerry Garcia, Bob Weir, John Cipollina and Mario Cipollina from the KSAN FM studios on Sutter Street in San Francisco. It was on the Richard Gossett show. Jerry later invited me to play piano on his first solo album, but I was touring with Long John so I couldn’t make it up in time.

One memorable night we were all driving back from, San Bernardino in a rented Lincoln Continental…I was driving on my English license. It was a very hot night and there was too much play in the steering wheel which made it very difficult to drive in a straight line. Micky Waller was sitting next to me in the middle with Sammy Mitchell next to him in the passenger seat; Long John sat in the back left seat and the piano player Ian Armitt, a Scot, next to him. Well Micky got on Ian’s nerves a bit and Ian had him in a neck hold from behind. Everyone except me was blind drunk that night…which was fortunate because we were in the middle of the desert and I was weaving from left to right when I suddenly saw pretty lights flashing in my rear view mirror.
It must have looked pretty weird to the highway patrol in the car following us…big old Lincoln Continental weaving back n forth, some guy in the back seat trying to strangle someone in the middle from behind. They must have thought they had us for sure. Well it was actually worse than that. What we knew, and they were about to find out was that Long John (God rest his wonderful gay soul)…all six foot seven of him had just spilt whisky all over his beautiful white suit; he’d taken off his trousers and was sitting there in the back seat with white knobly knees and no underwear on. The police didn’t seem to know what to make of us and they definitely weren’t amused…these weird British rock musicians with a half naked Peter O’ Toole type character trying to explain to the policeman that he’d taken off his trousers because he’d spilt Whisky all over them…which made total sense of course, but not what they wanted to hear. One of the two highway patrolmen made me stand behind the car and walk a line…which fortunately I had no problem doing, and he also questioned me about what we were doing, who we were, and where we were going. He noticed empty beer bottles and cans being thrown out of the car onto the ground and began yelling for it to stop, until he realized it was his partner who was doing it. I explained again that the car had a faulty steering mechanism with too much play in it…so he came around and felt it for himself. Well it was soon obvious to him that I had not been lying about the steering…or drinking (well, not much anyway) and they let us go. They didn’t really know what to do with us. The last I saw of them was in my rear view mirror…scratching their heads and laughing hysterically.