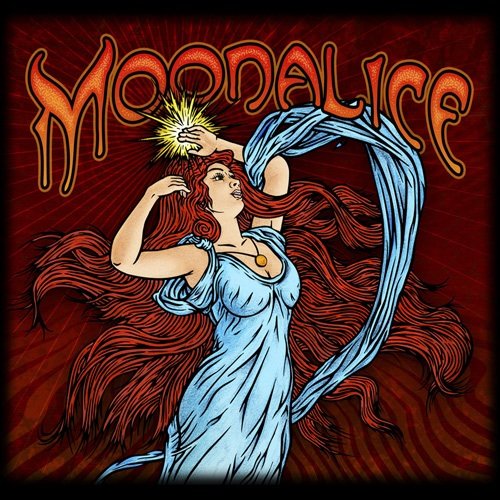 I played bass and keyboards, and sang on “Kick It Open”, a song I wrote with Jeannette Sears.

GE Smith was still in Moonalice at this point…but had to leave soon after to tour with Roger Walters on “The Wall” tour. My old Hot Tuna band-mate Jack Casady was a guest once in a while and also played bass on a few tracks.

“Moonalice” is now Roger McNamee, Barry Sless, me, Ann McNamee, and John Molo…we are very happy with this line-up.

I’d met T-Bone before back in our activist days…but got to really spend some time with him during this project. He gave me a large book he owned called “I Was There” Gigs That Changed The World…I couldn’t believe my eyes but there was a photo of me, Mick and Sam playing our “Sam Gopal Dream” set at 5am in the morning at the Alexandra Palace in London 1967. Up to that point I thought there was only one photo of the original band. We were an instrumental trio that played psychedelic Indian music…Sam Gopal on Tabla, Mick Hutchinson on guitar, and me on bass and B3. We’d play all the hip psychedelic clubs in London like UFO, Happening 44, Electric Garden, later Middle Earth, and the Christmas on Earth 1967.

Jimi Hendrix sat in with us at one point.
Pink Floyd, Traffic, Fairport Convention, Soft Machine, Graham Bond were all part of the same scene.
London was alive back then.